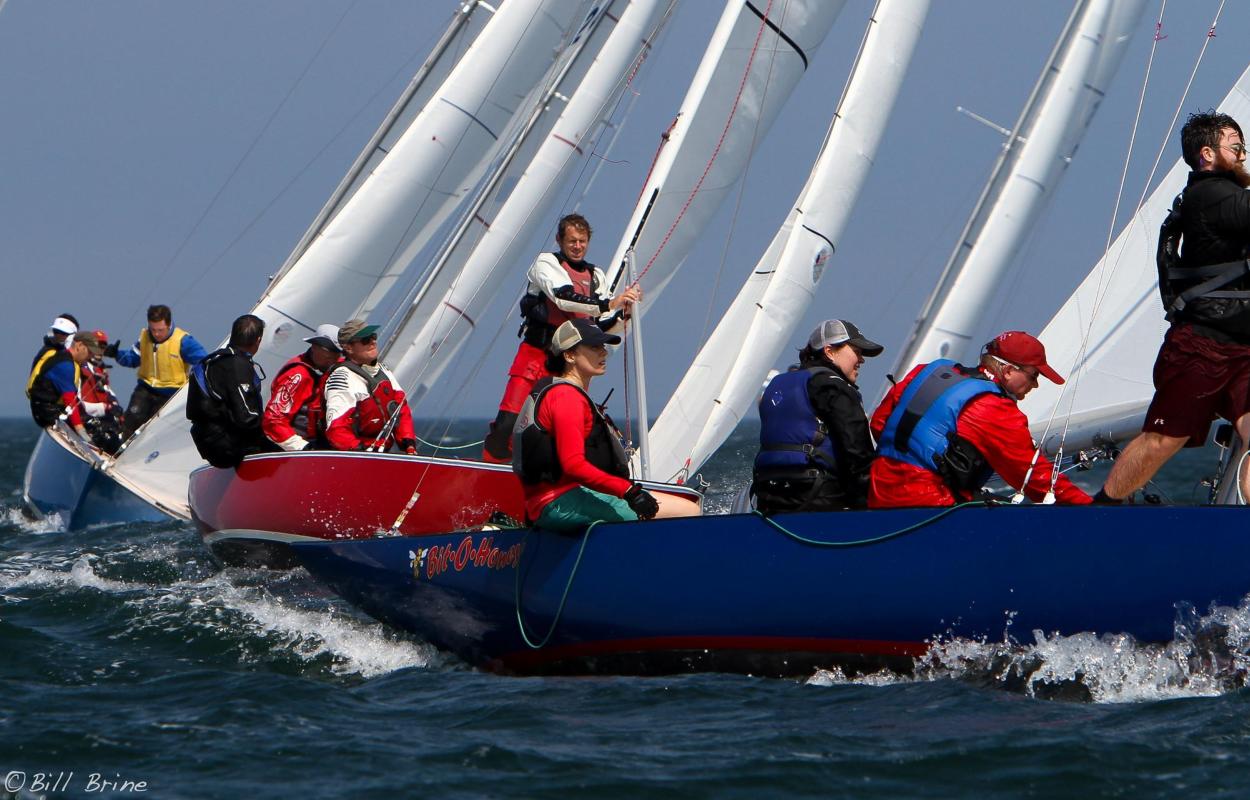 Mr. Shields, know as Corny, had grown frustrated when sailing in major regattas in unevenly matched boats and wanted to create a fleet of boats that the Yacht Racing Association of Long Island Sound could use for important series. It would be a one-design yacht that would bring out the best of everysailor’s ability. Every detail would be meticulously designed, developed, and studied before being incorporated in the final Sparkmean & Stevens design.

The result was a 30 foot fiberglass vessel with long overhangs, low freeboard and a graceful shear - lines that Olin Stephens himself said where, “almost too sweet”. With rigid one-design specifications, the cost of ownership was kept to a minimum and the enduring competitiveness of the boat ensured. “He who has the good crew and helmsman will likely be the winner,” said Mr. Shields.

Little has changed in almost sixty years since the class began. Strict limitations on equipment changes ensure that all boats, new and old, remain competitive. The mission of the Shields Class Foundation is to preserve authentic one-design yacht racing competition and culture through the introduction and education of new adult and youth sailors to Shields Class sailing everywhere.